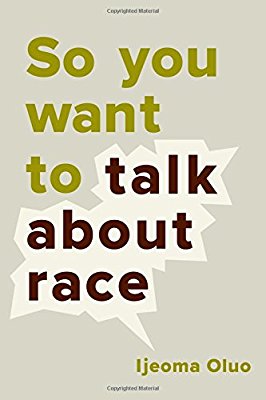 I started writing about my fears for my community and my family. I had started to see myself, and once you start to see yourself, you cannot pretend anymore.

– So You Want to Talk About Race by
Ijeoma Oluo. I really don’t want to hear one more exclamation about the erasing of “our history” with statue/monument removal.

I remember well the disturbing, pathetic, shameful lack of information in my school textbooks.

The summarized paragraph or two of Native and African American history versus chapters upon chapters of European history. I knew more about the French Revolution, the Spanish Inquisition, as a youth in the US education system, yet “Roots” and the forced sterilization of Native American women was a vacant slot until older. There is no need to continue to honor symbols of oppression. Put the damn things in a museum, because let’s not be doomed to repeat. Recall that these are things that venerate those who erased literal human beings.

If you complain about erasure, you don’t know what erasure means. So, yeah. Just have a seat.